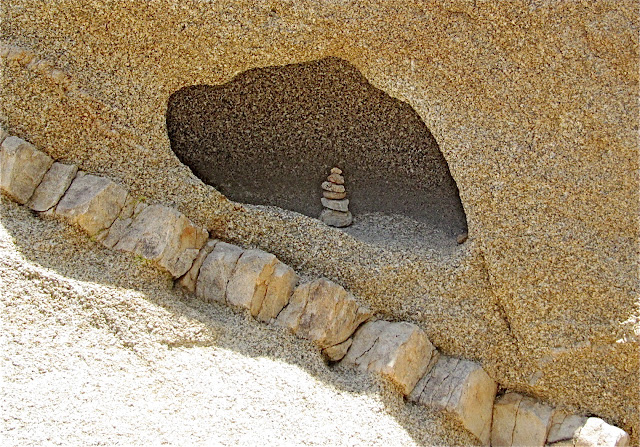 Hi all, Dianne here.  Our purpose for visiting Joshua Tree National Park in Southern California is for hiking; and hiking we have done!  On this day, we tackled two short, easy trails: Arch Rock and Skull Rock.

Skull Rock Trail is a 1.7 mile
loop to a rock formation that, you guessed it, looks like a skull. 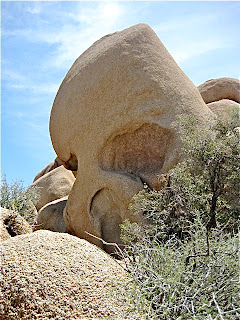 The trail began at the Jumbo Rocks campground.  Hmmmm...this campground looks a lot nicer than the resort gravel parking lot we're staying at, and it looks like our rig might even fit in some of the spots.   We've decided to leave a day early and boondock in the national park to enjoy some outdoor ambience for a change.  It's also cooler in the national park than down the hill in Twentynine Palms. 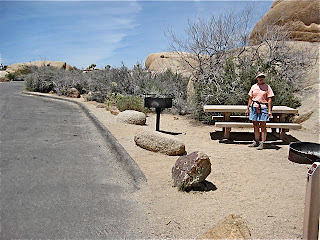 We have not even used our chairs at our present rv park, so it will be nice to be able to sit outside and have a campfire.  No phone, internet, or electricity, or we'd move over there now! 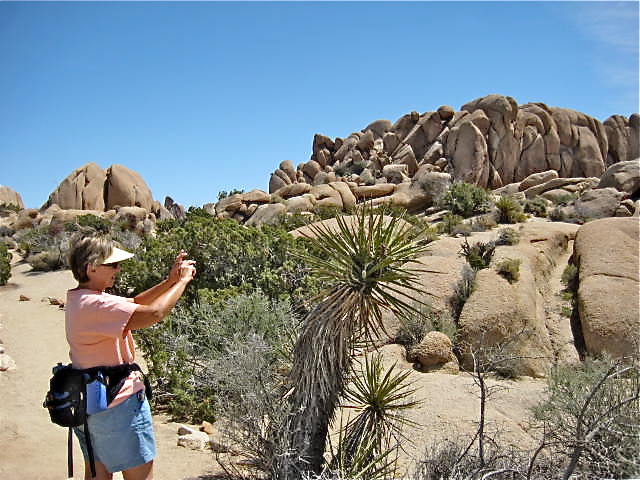 I got carried away with my camera and all these rocks, so get ready for some pictures....

The trail took us among interesting rock formations.  Here are a few of my favorites: 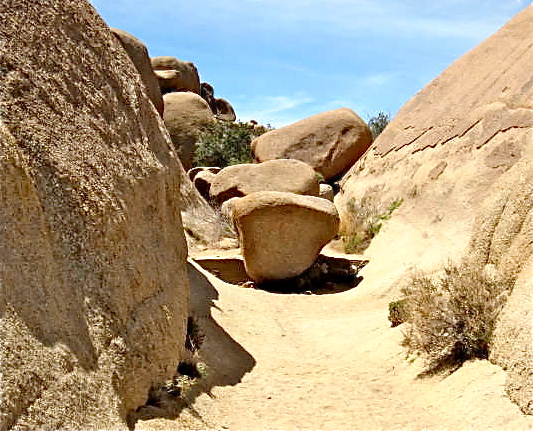 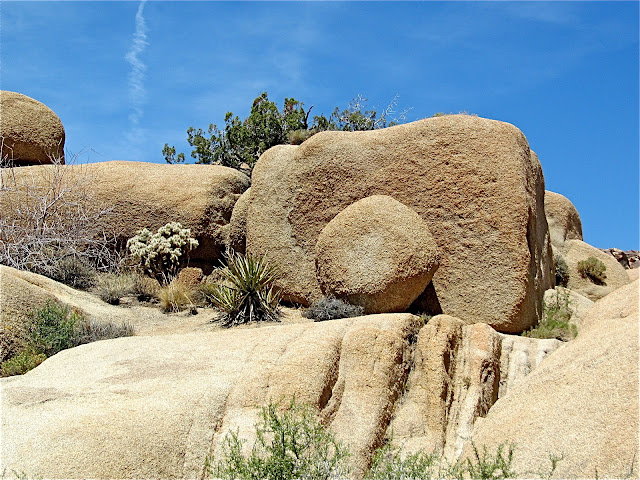 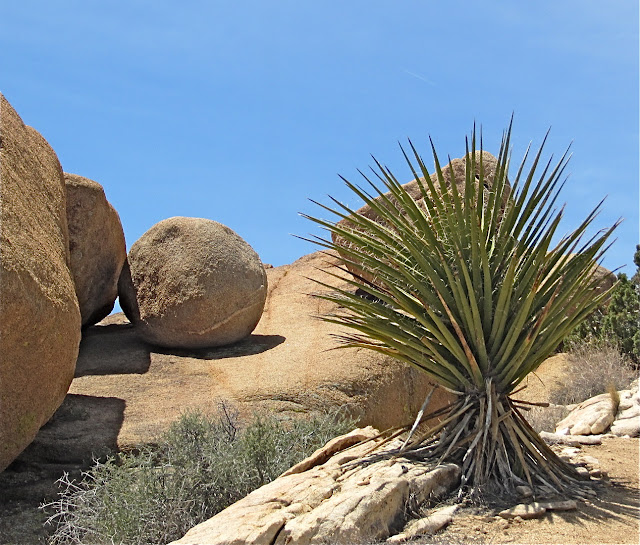 No snakes this day, but we did get a good look at a western scrub jay... 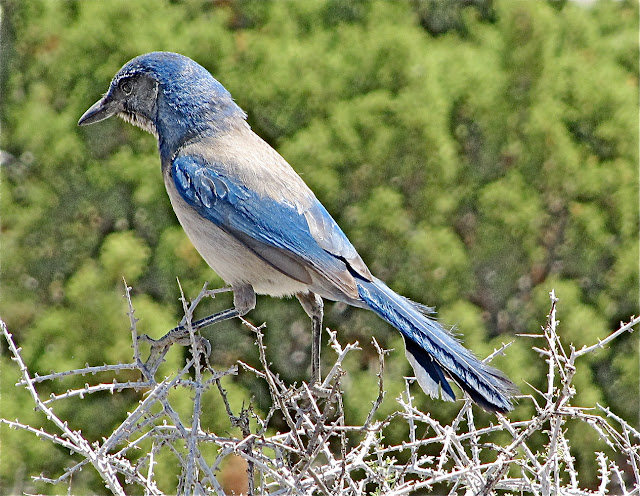 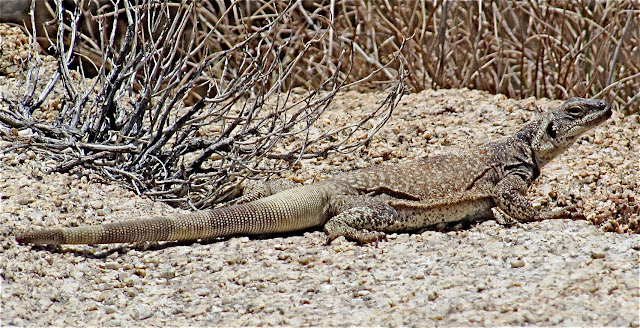 (R:  This guy was about a foot long.  He posed for Dianne for about five minutes.) 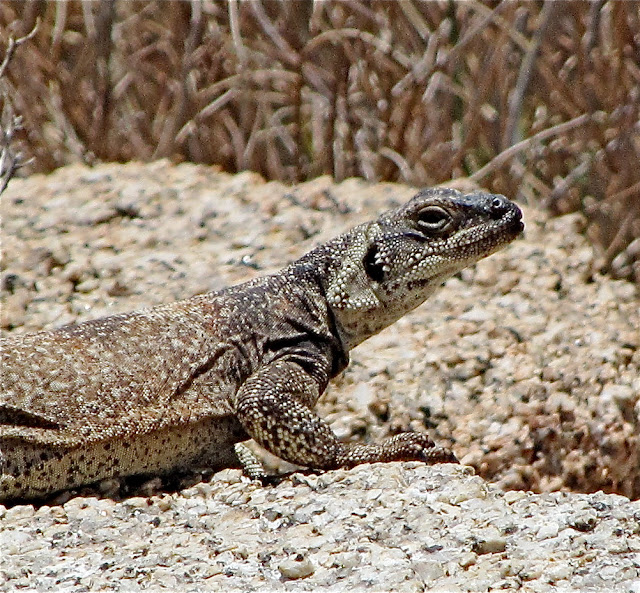 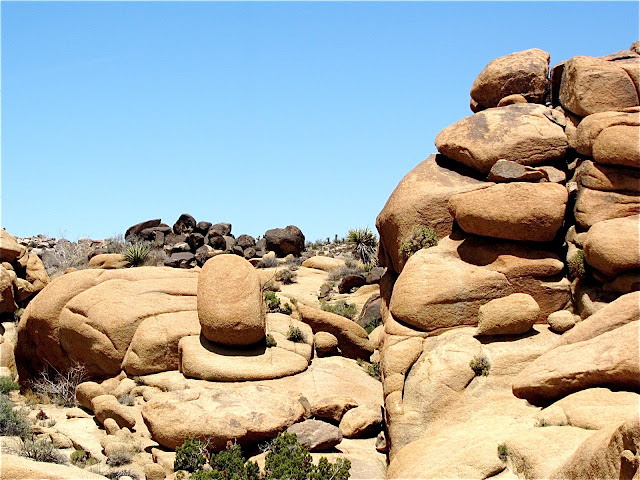 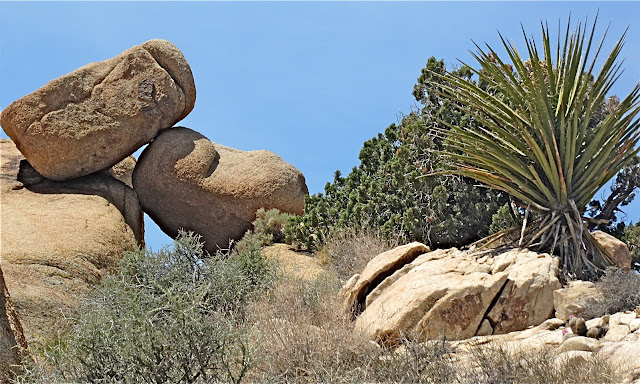 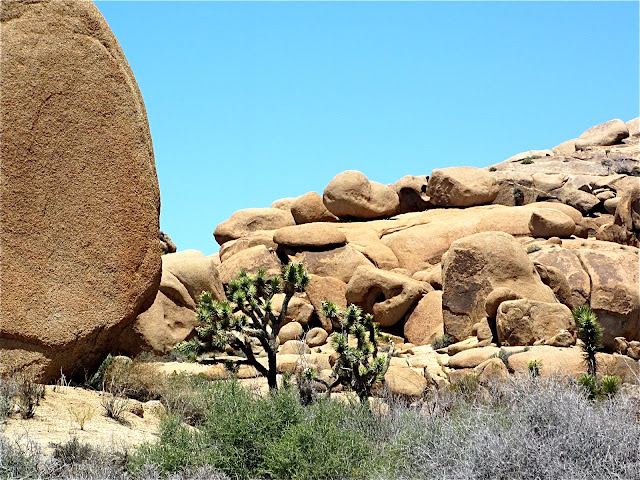 The Skull Rock Trail had informational signs, mostly about the desert plants, along the way. 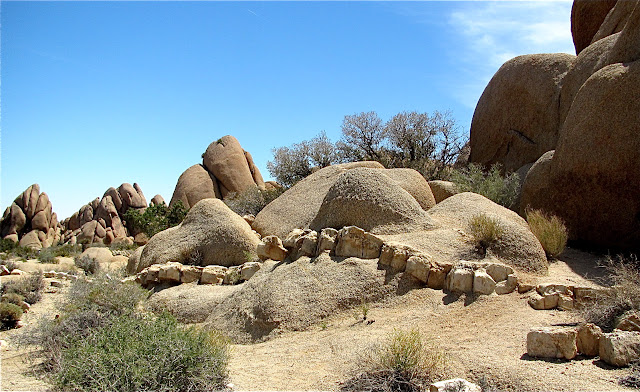 informational signs, but they were mostly about the rocks and how the landscape was formed.  We had noticed these interesting lines of rock all morning as we hiked along. 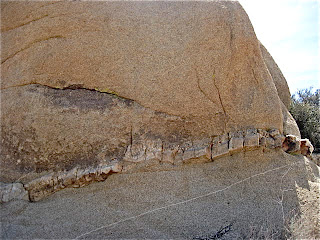 On the Arch Rock Trail we finally saw a sign that explained what they were and how they were formed. 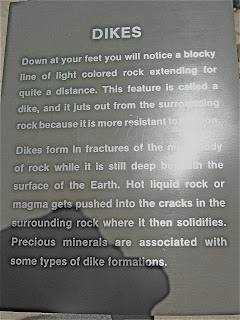 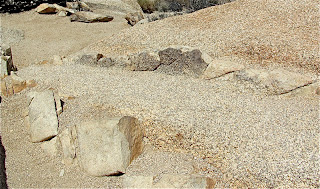 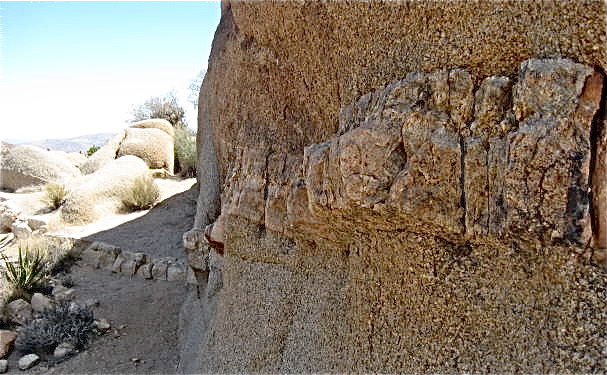 We saw some fanciful shapes in the rock formations along Arch Rock Trail.  Here are a few, with captions (at least what Roger & I saw):
The pet photo of the day is not really a pet, but this squirrel was spending his afternoon sunning on top of a giant rock and posed for my camera before scampering off: 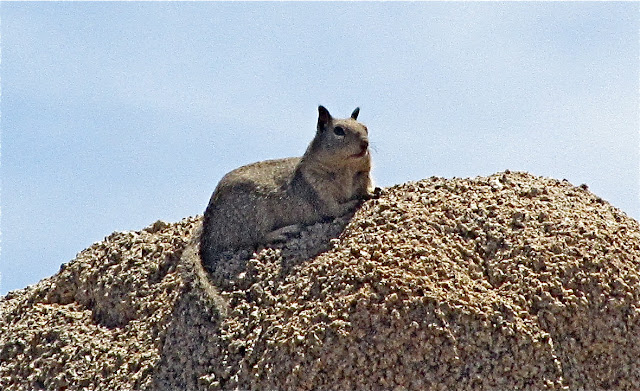 Posted by Travelwithwhippets at Monday, May 06, 2013

That is exactly what we decided when we drove through there last winter. Next time we are going to boondock at Jumbo Rocks for a bit before going down to Desert Hot Springs

I do not know what is is about rocks but I have thousands of pictures of them:) 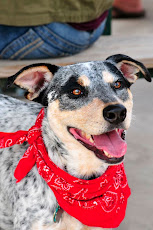 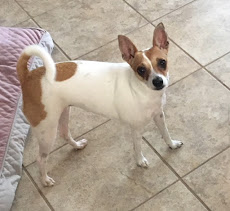 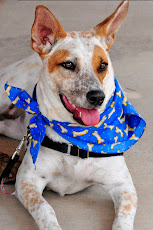 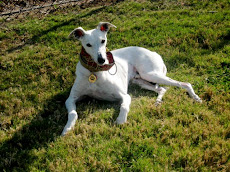